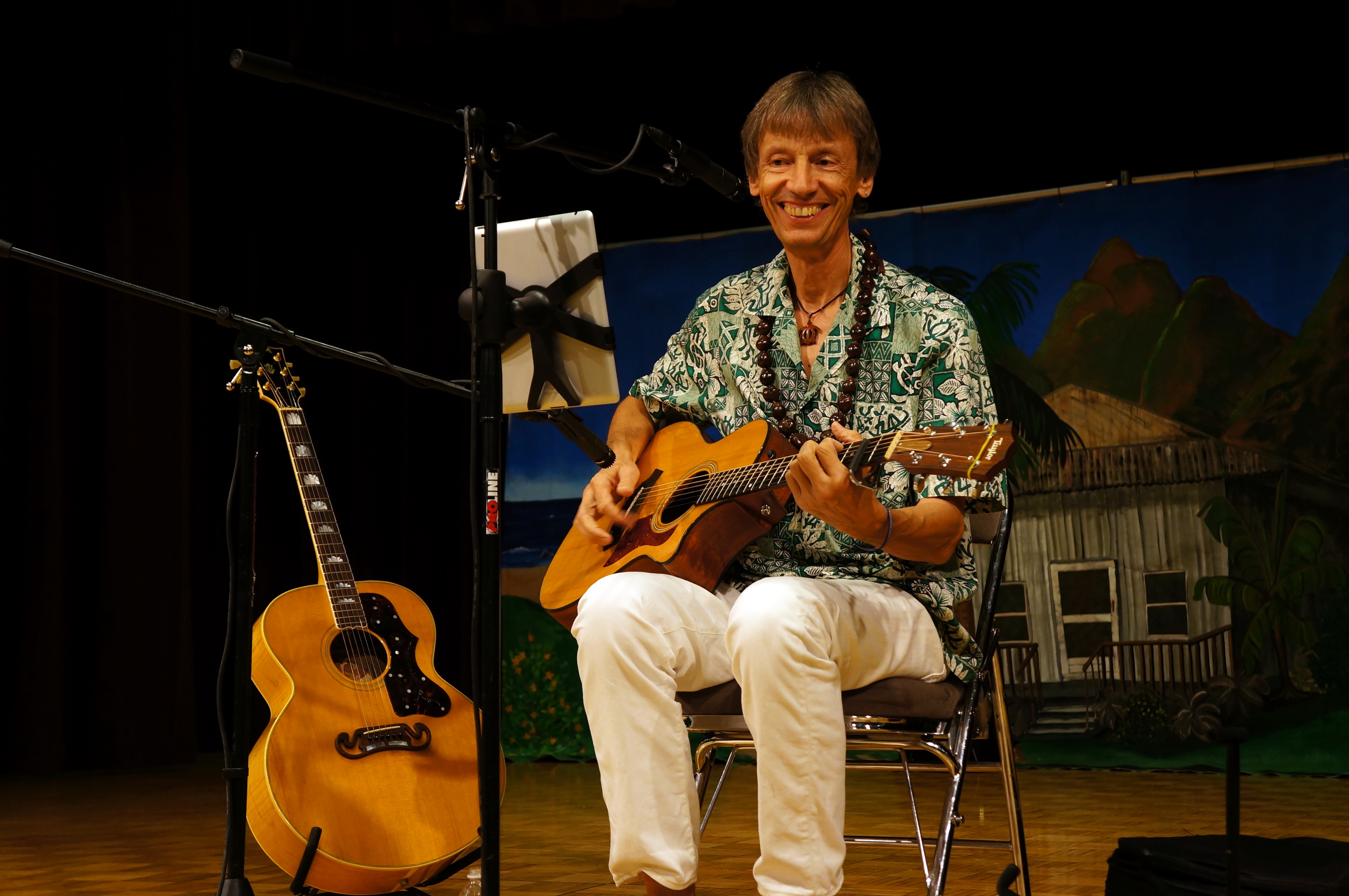 Jamie O'Brien first visited Hawai'i in 2000. On his first day on Maui, he attended a concert of Hawaiian songs and tunes, performed on slack key guitar, ukulele and steel guitar by Keoki Kahumoku and Owana Salazar. His life changed!

Soon after, he was assigned to write a preview article about a slack key guitar concert that was to take place at Whitaker Center in Harrisburg, PA. He contacted Dancing Cat Records in Santa Cruz, CA to see if one of the artists - George Kahumoku Jr., Ozzie Kotani or Keola Beamer - would be available for an interview. He was put in touch with George, who invited him to visit for the interview ... and to bring his guitar.

That began a friendship that has continued to this day. George retuned Jamie's guitar to G taro patch and showed him the rudiments of slack key playing. They spent the afternoon switching between Irish and Hawaiian songs and that was the start of a collaboration: "Celtic Aloha - Oceans Apart, Islands Together". They have brought this performance to both the Mainland and to Maui, Kauai, Oahu, Lana'i and Hawai'i Islands

Jamie is probably best known as a singer/guitarist playing the Irish songs he grew up with in his London-Irish family; but he has also established himself playing Hawaiian on the Mainland and in the Islands. He has performed solo in concert, for luaus and dinner-concerts and at festivals and has just completed an album of Hawaiian music, featuring his vocals and instrumental talents on slack key and standard tuned guitars, ukulele (both tenor and baritone) and steel guitar. 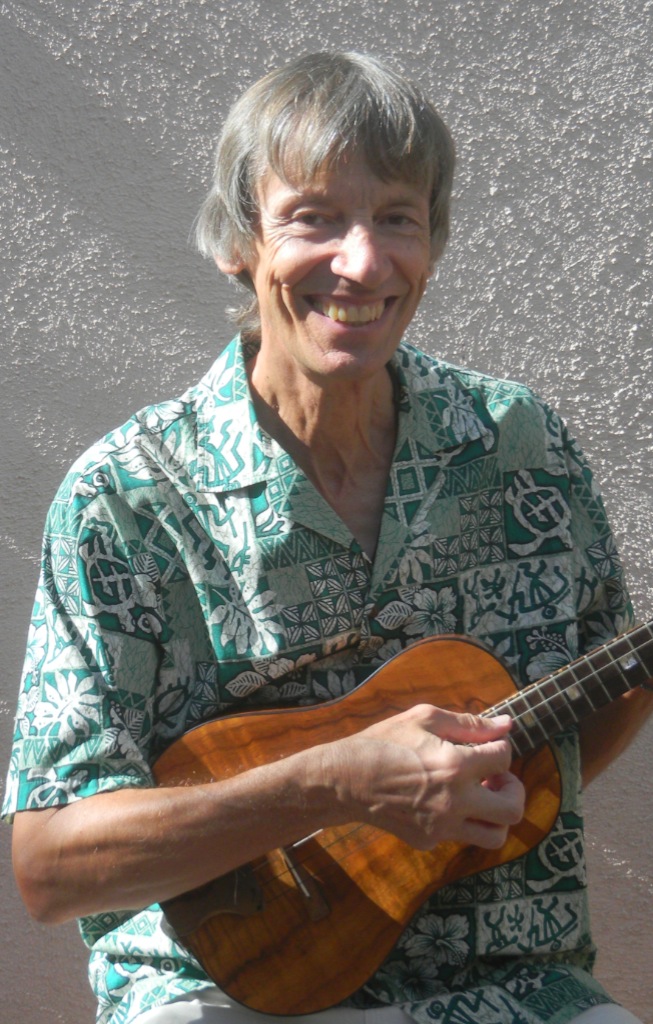 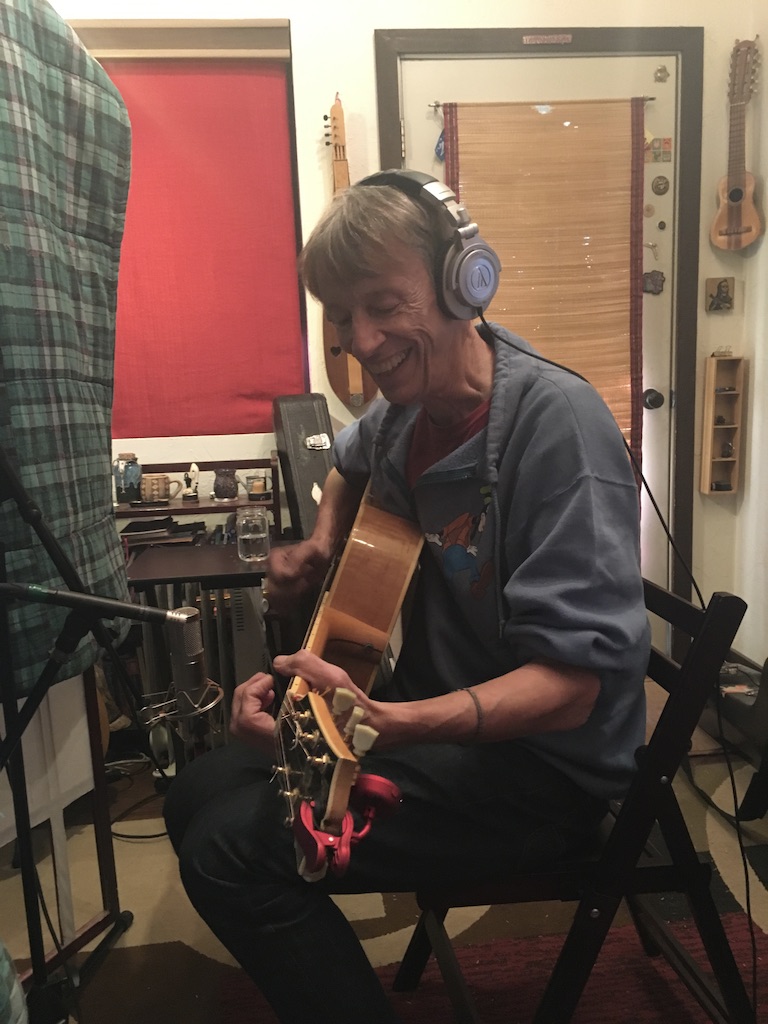