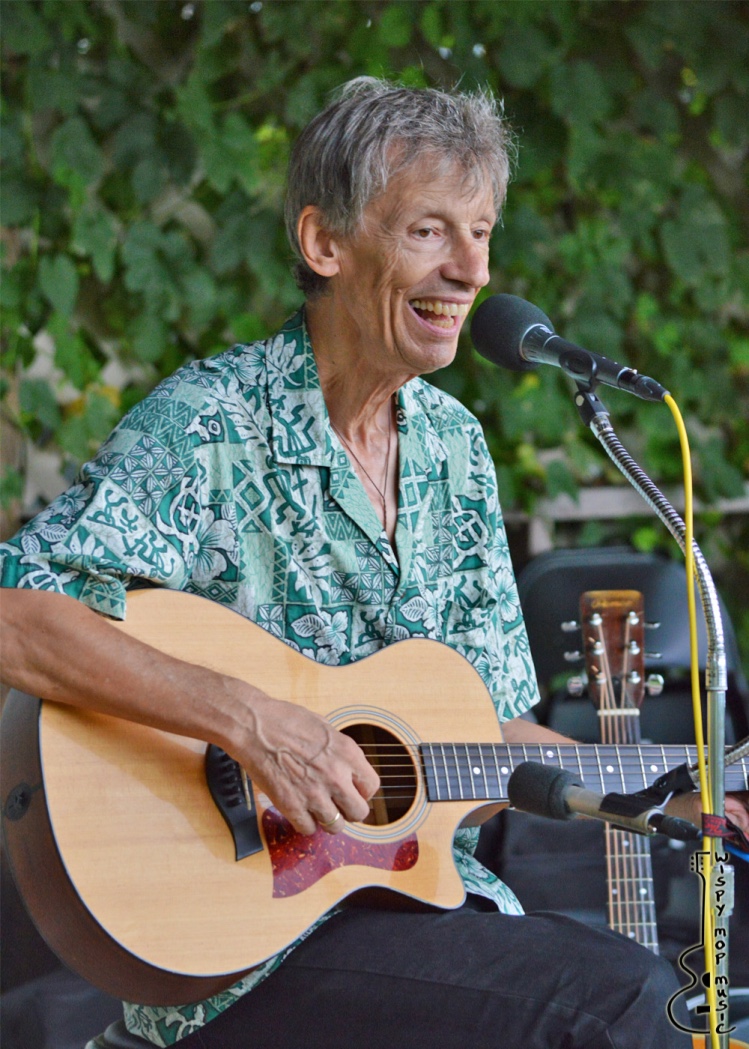 from his London-Irish beginnings...
to his travels in Europe...
to two decades in Pennsylvania...
and the last 10 years in the sunny South West...
not forgetting visits two or three times a year to Hawaii 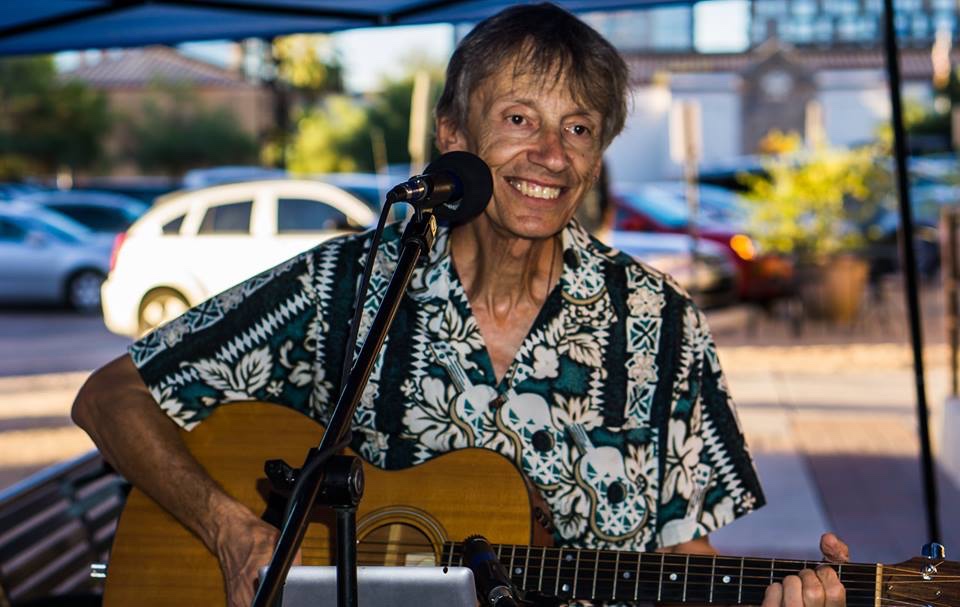 and watch Jamie play "The Homes of Donegal" at the Emmaus Road Cafe in Lancaster, PA (with Henry Koretzky)

Drawing on his experiences, he presents an eclectic mix of traditional, contemporary and original songs - a little of the Old World, mixed with a touch of the New, along with a healthy dose of the tropical - Irish, Music Hall, Celtic and singer-songwriter.

He sings and plays guitar and ukulele and has played with the best from many different genres. He first established himself in the US as a member of the legendary contradance/old timey band, Medicinal Purpose, playing throughout the Mid-Atlantic states and further west; and as an in-demand accompanist, working with such musicians as singer Aoife Clancy, fiddler Jim Eagan, accordion player Dan Possumato and piper Kieran O'Hare among many others. In 1997, he formed the Launies, an acoustic Celtic band that still appears regularly, and soon after resumed his solo career, performing a mix of Americana and Irish songs.

In 2000, he made his first trip to Hawaii and fell in love with the music he heard there. He met multi-Grammy winning musician George Kahumoku Jr. who took Jamie under his wing, introducing him to slack key guitar and ukulele. Combining their traditions, they toured the Islands and the Mainland under the banner: Celtic Aloha - Oceans Apart, Islands Together. They were joined on occasion by other performers, including Daniel Ho, Keoki Kahumoku, Job Cabato and others.

His collaborations with producer/multi-instrumentalist/singer, Dennis Soares of the Big Island of Hawaii, have resulted in winning Hawaiian Music Awards and Big Island Music Awards as well as being a finalist for the prestigious Na Hoku Hanohanos. Jamie's album, "Chasing Ghosts", won the Hawaii Media Arts' BIMA award for Adult Contemporary Album of the Year (2013) and "Celtic Shades" won the World Music Album of the Year BIMA (2016).

Jamie currently performs each year throughout the United States, in Hawaii as well as in Europe. He has appeared at festivals large and small, from the North Texas Irish Festival in Dallas to the Celtic Oyster Festival in Reading, PA; concert venues include the Berger Performing Arts Center (Tucson, AZ), the Lodge at Koele (Lanai, HI) and the Mukilteo Coffee Company Concert Series (Whidbey Island, WA). Wherever he appears, expect his distinctive warm sound, and enjoy his off-beat sense of humor as he talks about the songs and how they came into his life.

Call Jamie at (717) 802-5783
for more information and bookings.
You can reach him by email at
jobrien@launies.com or jamieobrienmusic@gmail.com