Drawing on his experiences, Jamie O'Brien presents an eclectic mix of traditional, contemporary and original songs: a little of the Old World, a little of the New and a touch of the tropical.

He sings and plays guitar and ukulele and has worked with the best from many different genres. He first established himself in the US as a member of the contradance/old timey band, Medicinal Purpose, playing throughout the Mid-Atlantic states and further west; and as an in-demand accompanist of Irish music, he partnered such musicians as singer Aoife Clancy, fiddler Jim Eagan, accordion player Dan Possumato and piper Kieran O'Hare among many others. In 1997, he formed the Launies, an acoustic Celtic band that still appears regularly, and as a solo artist, presents a mix of Americana and Celtic songs.

Jamie performs in concert, at festivals, house and dinner concerts and luaus, throughout the US and Canada, from his home in the South West to the Atlantic States, up and down the West Coast, over one ocean to Hawaii and another back to Europe. Solo, with accompaniment or in a group setting, he draws together all his influences, creating a delightful fusion of traditional and contemporary music featuring his "delicate, simple tenor voice" and "formidable talents on acoustic guitar" [Kira Schlechter, Harrisburg Patriot-News].

From festivals as large as the North Texas Irish Festival (Dallas) and the Philadelphia Irish Festival to coffeeshops and folk clubs on Kauai or in Freiburg, Germany, he presents a distinctive sound, eclectic repertoire and off-beat humor.

In 2000, he made his first trip to Hawaii and fell in love with the music he heard there. He met multi-Grammy winning musician George Kahumoku Jr. who took Jamie under his wing, introducing him to slack key guitar and ukulele. Combining their traditions, they toured the Islands and the Mainland under the banner: Celtic Aloha - Oceans Apart, Islands Together.

He has released four solo albums, including "Chasing Ghosts", a collection of original songs that won the Big Island Music Award for Adult Contemporary Album of the Year. 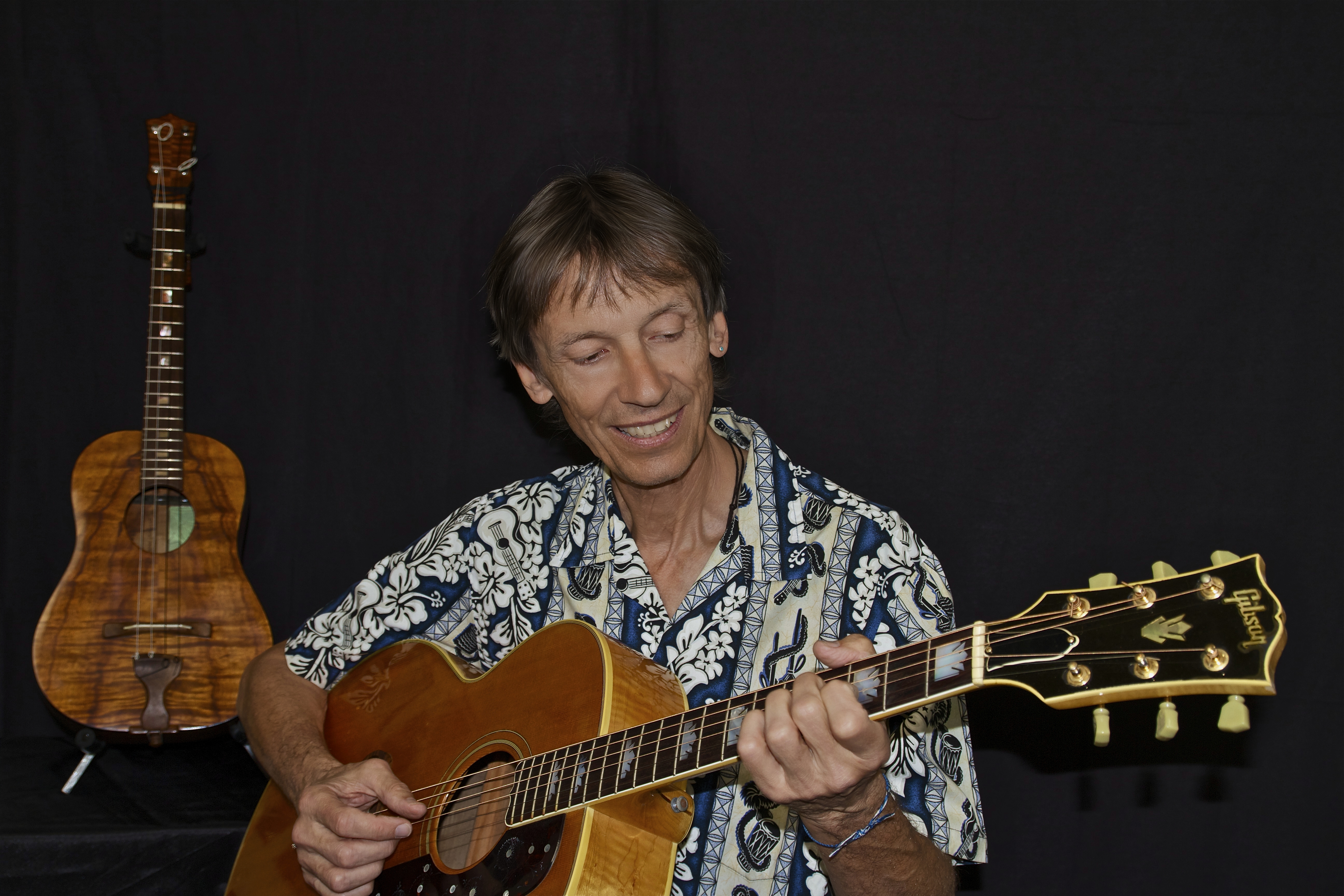 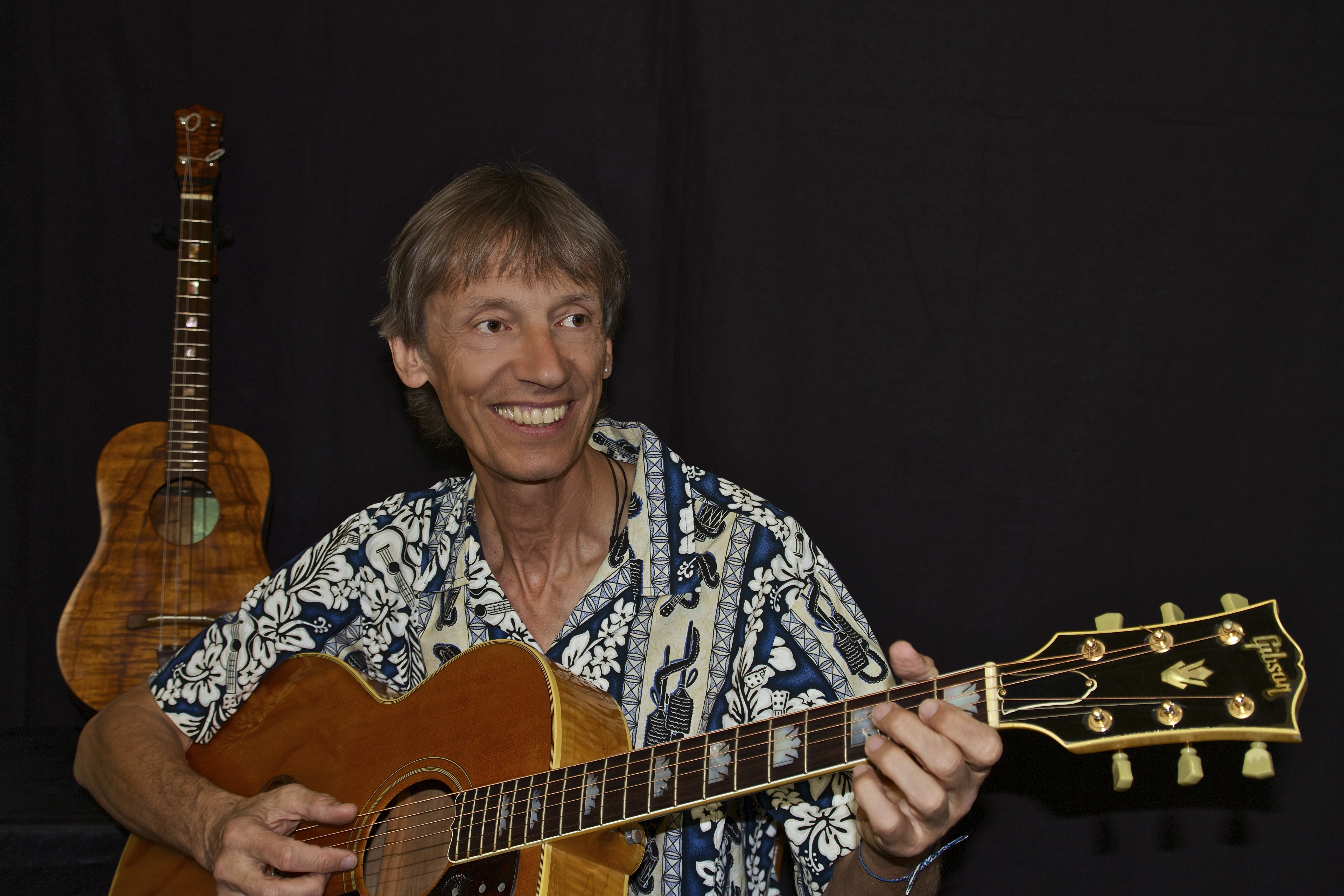 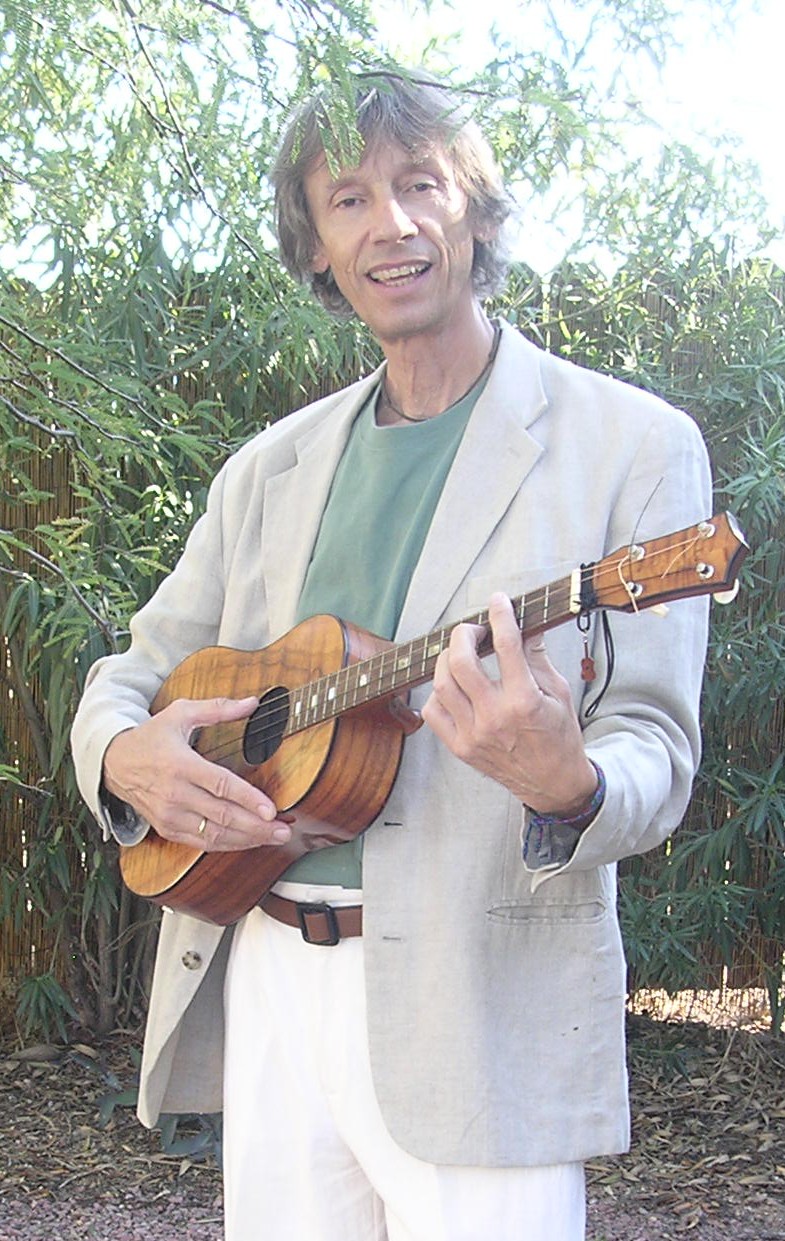 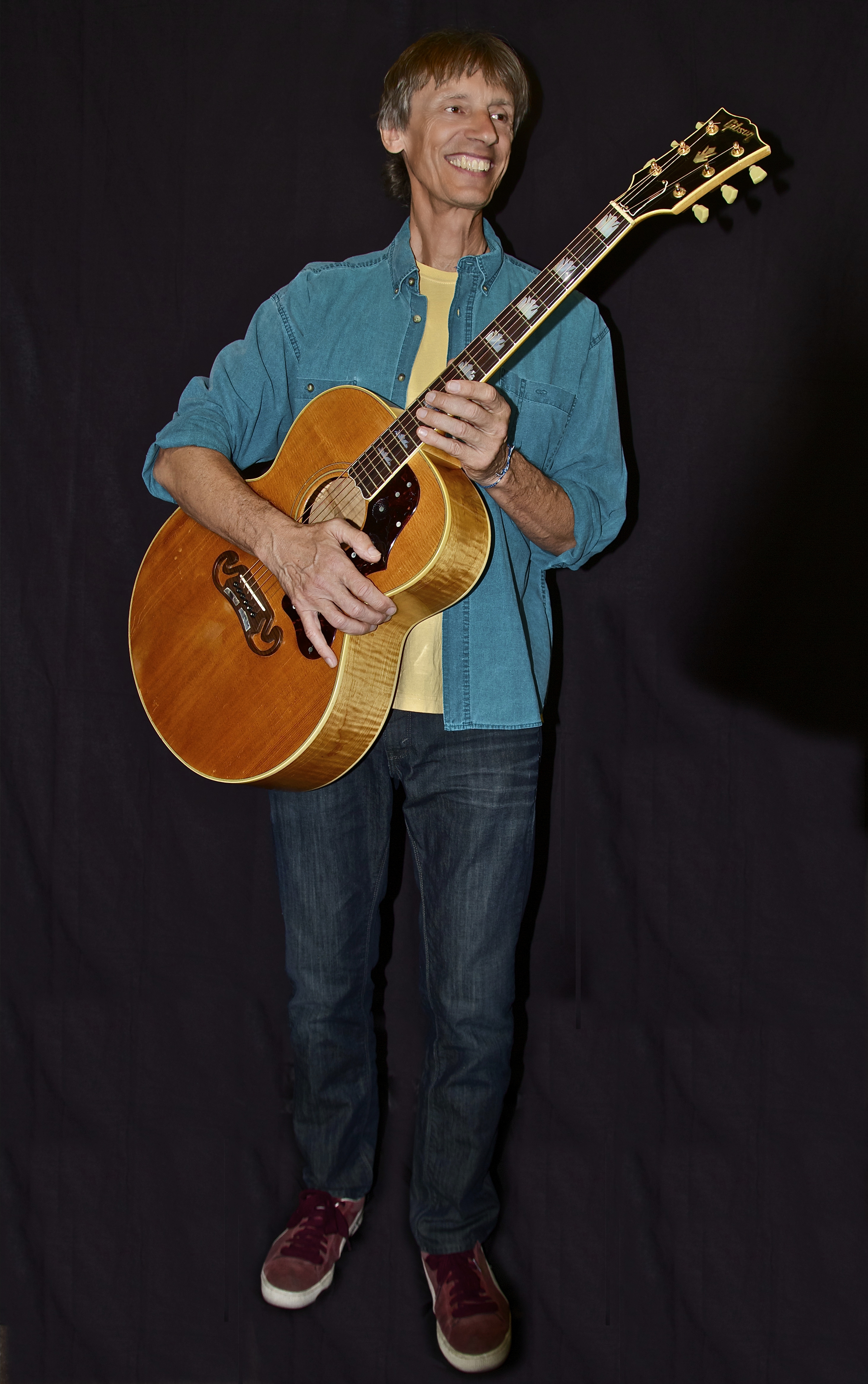 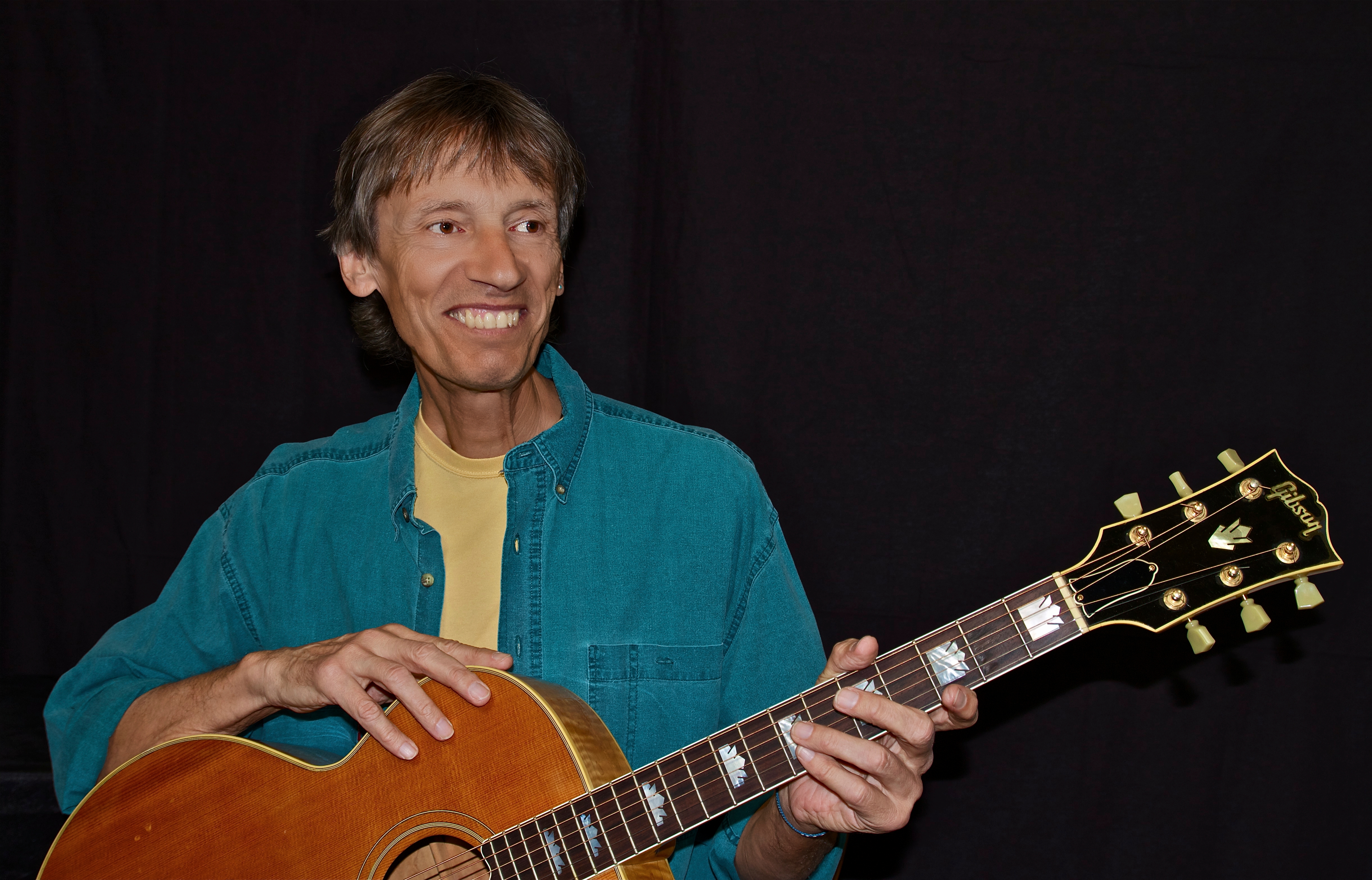 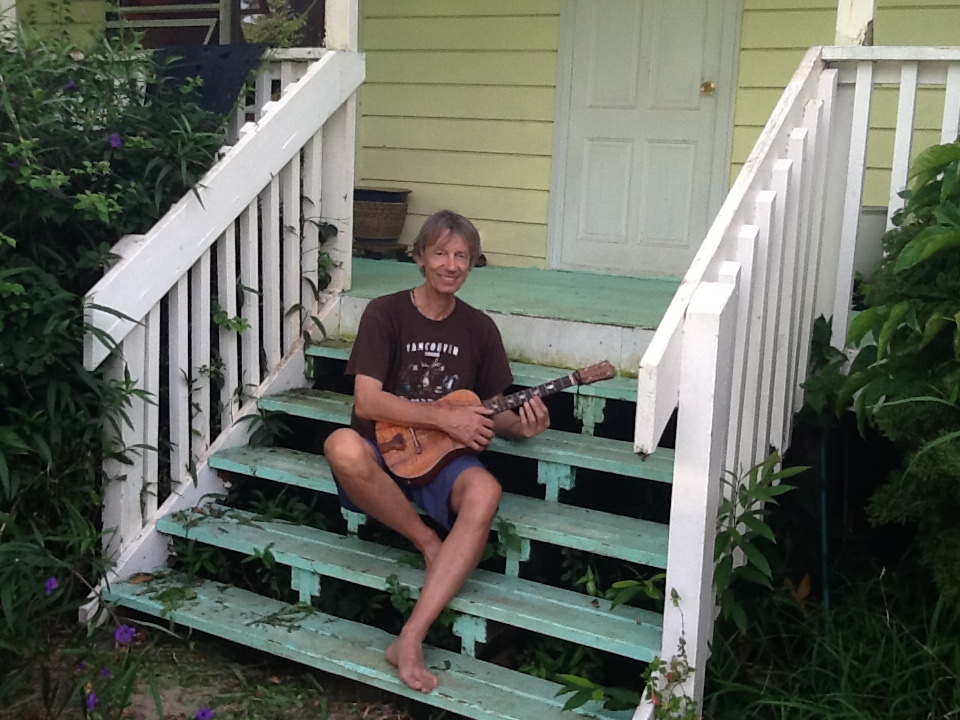 For more information, bookings and sample of recordings, contact Jamie: