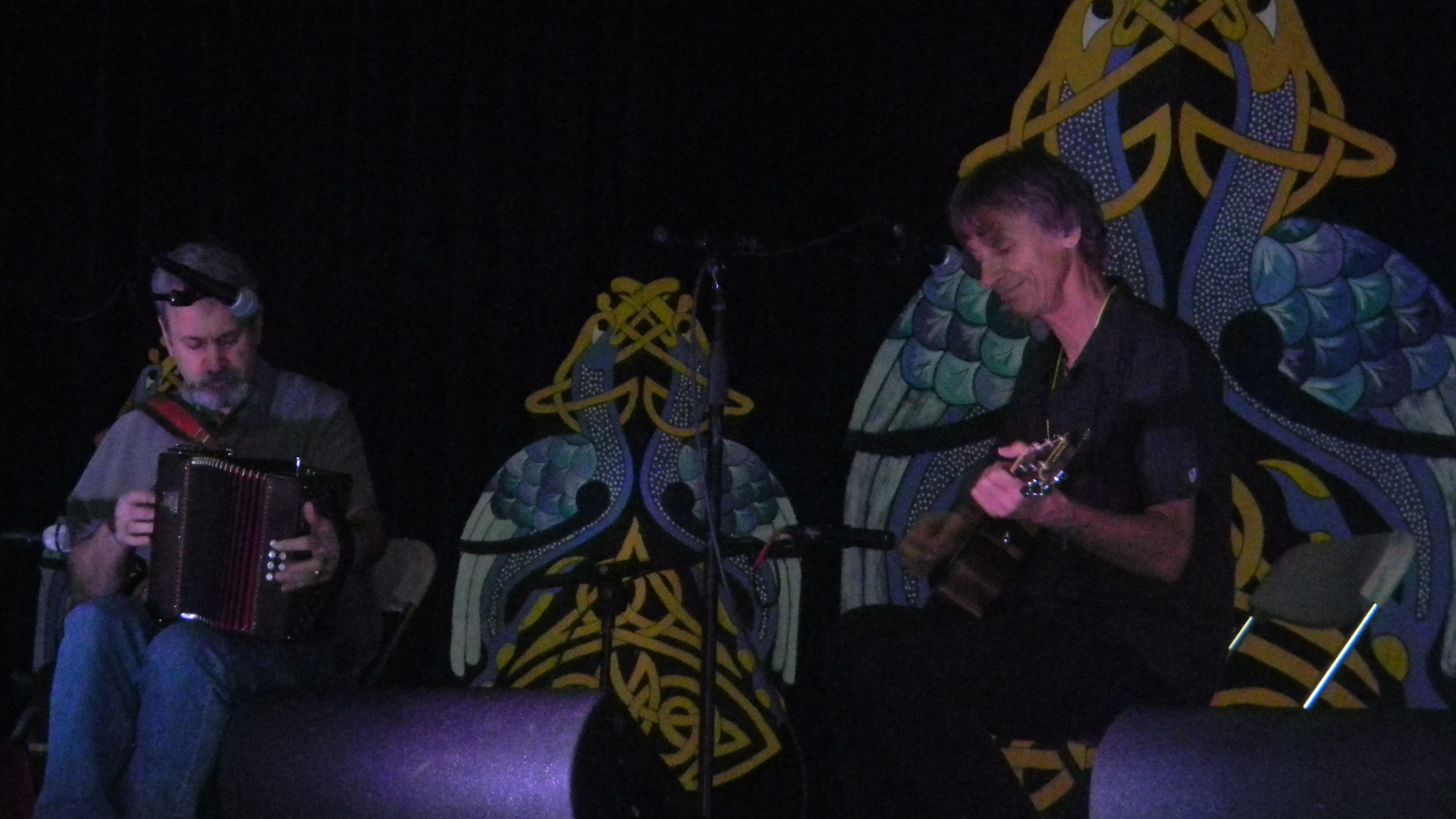 Click here to see Dan's latest promo video, which features part of their performance in Dallas.

In 1999, Alaska's Last Night's Fun headed South and toured the Mid-Atlantic States. For some of the tour, they were accompanied by the Launies; toward the end, they asked Jamie to sit in on guitar. This was the beginning of a musical collaboration (Fanai) that lasted through the years, featuring Jamie and two members of LNF.

Eventually, Dan Possumato of the band moved from Alaska to Oregon and eventually to Pennsylvania. Following the successful CD release of his solo album, Land of Sunshine, and Jamie's My Wild Irish Boy, the two continued working as a duo. They have appeared at a variety of venues throughout the country, including the Pittsburgh Irish Festival and the North Texas Irish Festival.

Dan performs regularly in Pennsylvania and farther afield, as a solo performer with accompaniment (often Jamie) or with his band, Geese in the Bog, a group Jamie occasionally joins.